On the 29th we squeezed off the dock at Harbour Club Marina. Whomever designed those slips should have added another foot at least – every boat coming and going was struggling with the narrow dimensions and our poor fenders took a beating again on the way out. 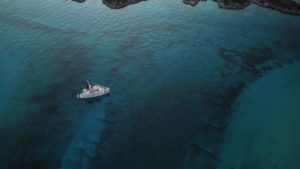 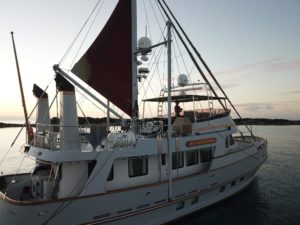 The channel east out of Nassau proved marginal and it took some time to wind around uncharted shoals and into deeper water, across the Yellow Banks. It was optimum timing however, with the sun nearly overhead, illuminating the turquoise seas and revealing dark black coral heads which requiring constant monitoring and avoidance.

Early afternoon we could see Allen Cay and after some jockeying, we chose to avoid the crowded southern entrance and make our way through the narrow northern opening. Surrounded by shoals we were fortunate to find a deep enough pocket for the bird and we set anchor and monitored the tidal flow to be sure we wouldn’t be pushed into too-shallow waters. 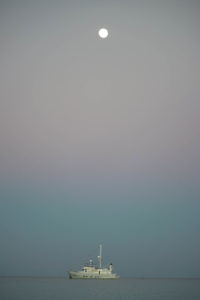 Having settled in we were able to test the tender again. Luke was able to surmise that our issues were related to vapor lock from poor airflow on the fuel tanks and by the second day, after several rescue swims with a rope, we were gaining confidence in the T/T Wanderbird (Tender To Wanderbird), though I like ‘Little Bird’ as a name for our dinghy.

Paul was missing his ‘steps’ so we ventured to some islands and put him ashore to walk, the first time in the evening as the no-see-ums swarmed and bit.

Our next landing was on Allen Cay where endangered Exuma Igaunas were scattered along the shore like some indigenous tribe. Also reminiscent of the island landing scene in Jurassic Park, where tiny dinosaurs eat the red-shirt ensign. Our greeting party was vegetarian, and while we brought an offering of grapes as suggested by the guidebook, the official signage on the beach warned not to feed the natives.

On the 31st as we pulled up anchor a tender approached from the aft with four people. They had apparently been on the boat with the previous owner, Andy and expressed their admiration for the Bird.

We pulled the hook and proceeded briefly out the very narrow entrace around shallow rocks and around another large rock then East towards the Exuma bank. At one point we grazed the sea floor and had a moment of stress as we evaluated the accuracy of the depth sounder. Shortly after we paused so I could dive below and check the rudder, prop and hull. All was well and we turned south a few hours to Norman’s Cay. 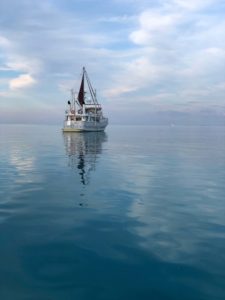 We crossed south of Norman’s to the west side of the Exumas to check out the entrance at Battery Point to possibly anchor between Norman and Boot Cays. Things were looking iffy so we backed out and settled on a bay just outside the entrance to Norman’s Pond, our New Year’s Eve home.

We realized we had traveled to an area with spotty cellular reception and Paul, still having no ticket home, needed to connect long enough to secure passage. Now feeling quite confident in the Little Bird, we headed north on the outside of the Exumas to Highborne for some Internet and lunch at the Marina. Although expensive, as is everything out here, the Citrus Wahoo salad was exceptional.

We made our way back along the west side of the islands and could see just how shallow it is on that side, at one point nearly grounding out the tender and at times experiencing the white water effect created by tidal shift in the narrow passages between the islands.

It is now Tuesday the second of January and the winds have been practically nill for several days, however the National Weather Service says something is brewing. We expect some East winds kicking up tonight and tomorrow things shift South then Sw and finally NorthWest up to 30 knots on Wednesday night. We’re in a good place for a NW blow but we’ll have to decide if we should ride out the earlier winds from the opposite direction. 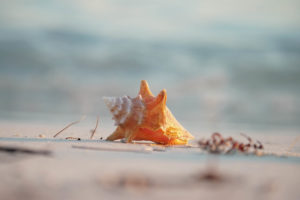 This is when I thank George Baker and West Isle Marine’s foresight in equipping the Wanderbird with substantial ground tackle – twin 400 pound anchors and 75 feet of very hefty chain.

The Bird will hold.