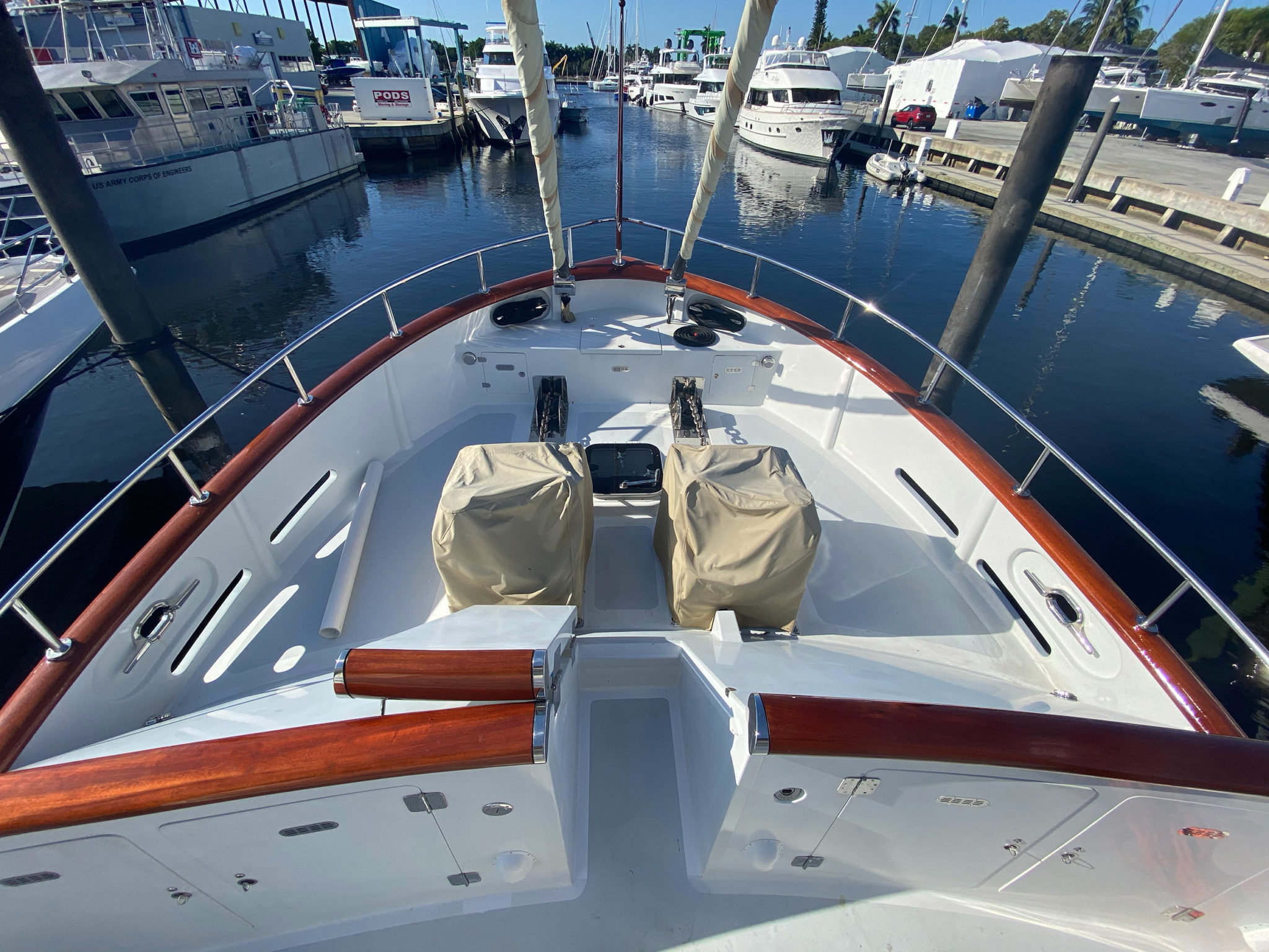 We went into the yard in early February for two weeks of repairs, what is now eight months. Some minor repairs turned into a major, mechanical refit.

Some things were in desperate need of attention, but we waited until we had time to do them the way we wanted. We were given quotes for our ‘brightwork’ – the exterior woodwork on the railings, which varied widely and went as high as $55,000. Most of the vendors also wanted to do it their own way and Luke was insistent on stripping everything back fully and using many coats of All Wood.

We had one group even go so far as to treat one of the boarding gates and now that we’re done, by comparison, it looks like it was painted. The end result is quite spectacular and as long as we apply a new coat every six months or year, it should last a very long time.

Design began on this boat in the late 90s and was finished right about 2004. At the time the systems were exceptional for a world cruiser and she was loaded with spares of everything. Now however, with connectivity and electronics being what they are, we were struggling with some issues tied to antiquated systems.

When the Pandemic hit, the boat was ‘on the hard’, out of the water and in the shipyard. The shipyard was deemed ‘an essential service’ so we were able to continue working.

With the new Maretron electronics and remote monitoring we hope to never come back to her from a few days away to find the power entirely shut down and the batteries wrecked. Instead, we’ll receive a text message as soon as the power is cut! We can monitor things remotely and program safety systems to prevent flooding and other disasters. These updates make the boat considerably more manageable for a small crew or owner/operator.

I’ve been grabbing bits of video here and there, so there may be a video coming soon to show the work we’ve been doing.