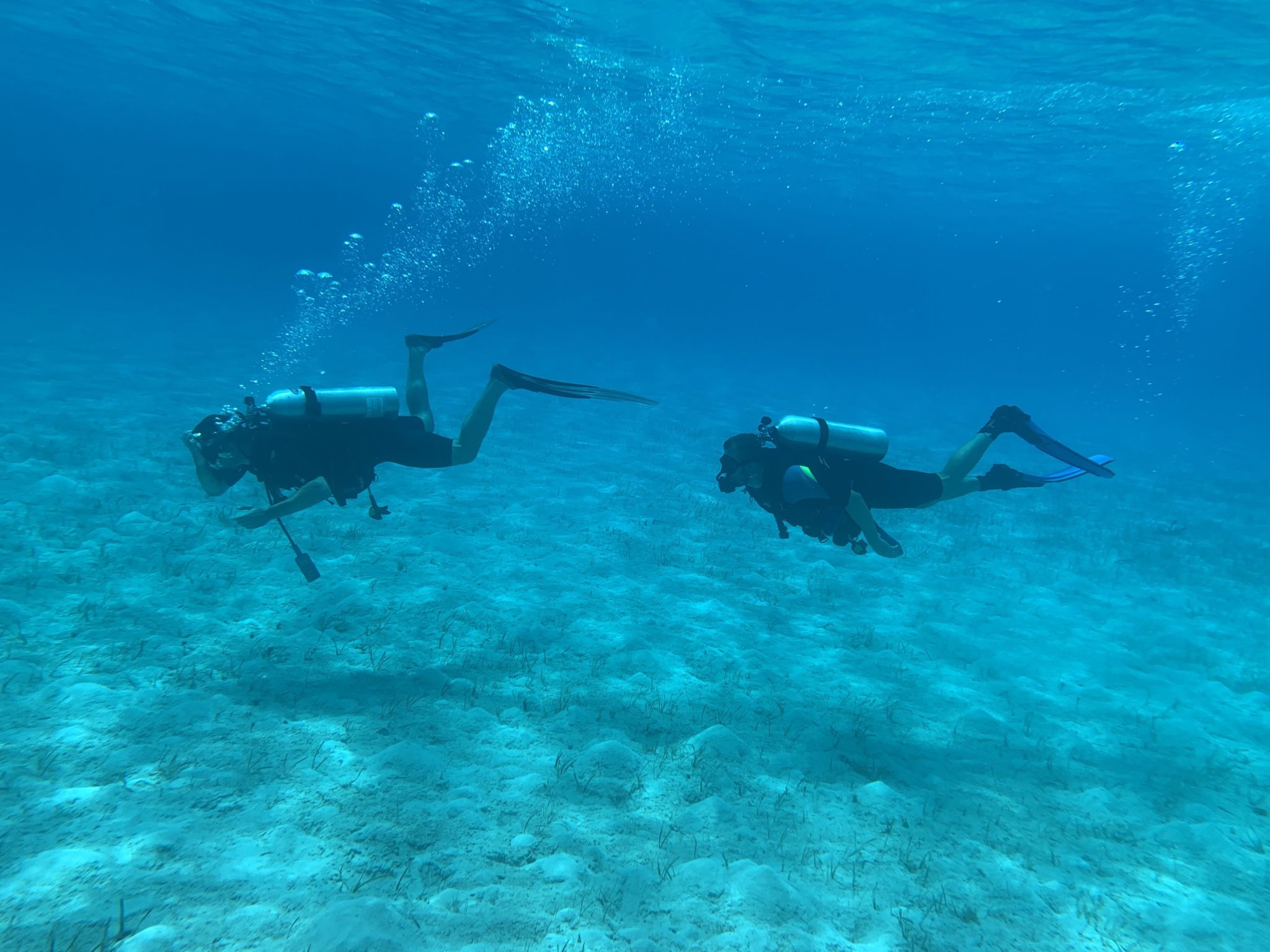 This winter passed quickly, as the summer once did. Growing up in the NorthWest I was always biding time through the cold months and longing endlessly for summer. The first day of frost in fall left me in a funk, in contrast to those late winter, early spring days that would tease the long, warm days of summer, spent exploring the creek or driving the jeep into the mountains.

After our first trip out and the mess with the hydraulic lines, we were looking forward to some spear fishing and visits from a few friends. Paul and Tyler flew out we staged at Las Olas Marina in Fort Lauderdale for the crossing. We had hoped to leave earlier, but as it has become the norm, we were scrambling with last minute repairs and provisions, knowing we would be away from American supply chains for at least a month and with many hungry mouths coming and going.

Tyler and Mike were to meet us in Nassau, but with a one-day weather delay, I was able to stall their flight from Grand Cayman at no charge, which was perfect. It seems no trip can be without some sort of issue, and on the way over the diesel fuel lifting pump, which draws fuel from the main tanks for the generators, decided it had enough of its mundane task. We docked at Atlantis and Luke booked a flight back to Florida for the emergency replacement part. The rest of us did our best to manage this trial with a visit to the water park and aquarium.

Then we were off across the banks where we spent the better part of a week anchored at Bitter Guana, tendering to our favorite local activities and charging up the dive tanks for some cave diving.

The next week Pat, Lisa, Todd and Donna flew directly into Staniel Cay. The weather for their annual trip was less than perfect but fortunately they are the type of people to find joy in any activity, even if it’s moving the boat to avoid an atypical southwest wind. We did get out to a reef on the banks for a day for some spear fishing but the wave action was a little rough, making it a challenge to free dive and limiting our catch. Luke found two massive lobsters and I had great luck with the lion fish, so there was plenty of seafood for a decadent night of surf and turf with our favorite from Bush Brother’s Provisioning: the Wagyu strip steak.

A couple of days were optimal for the Hobie Tandem Islander and it was a real experience watching the couples sail down the coast in azure seas, propelled solely by a light, Bahama breeze.

Next on the docket, my best friend Joe modified his return from New Hampshire to stop off for six days. We immediately had him in a wetsuit, snorkeling in sub-optimal condiitons, which made subsequent snorkels seem comparitively simple. We enjoyed Thunderball Grotto at high tide again – not something recommended for the novice or anyone who isn’t substantially athletic. The cave ceiling is sharp and precariously low at high tide, resulting in dangerous surfacing if you dive below. A couple were shooting very unique wedding photos in full dress and tux in the deep blue cavern.

One evening a small sailboat anchored nearby and we were hailed by voices with thick french accents. A group of recent college grads from Quebec were on a week long sailing trip and had scored a Mahi Mahi earlier in the day. They invited us over for a meal and we all agreed that Wanderbird’s kitchen and dining area would be more appropriate for 7 people. Luke and I prepared the fish in a light, white wine reduction and we enjoyed regailing tales of sailing and other worldly adventures.

After Joe’s visit Luke had a couple friends from Florida visit and we continued to explore, moving around just north of Big Major, otherwise known as the famed Pig Beach. While lunching at Staniel Cay Yacht Club, our friend Miguel introduced us to Misha and Brennan from Seattle, who he had met on the plane. They were traveling on a vacation they had won on a TV show and we enjoyed hosting them for sunset cocktails and dinner on the Wanderbird. Leery of motoring back between the islands in the dark, we prepared a guest cabin for a good night’s rest before their long trip home.

We worked our way back to Florida stopping for a night in Nassau and a night at the Berry Islands in a tumultuous little channel conveniently just south of Hoffman’s Cay, where we explored the large, inland blue hole and relished jumping from the cliffs and swimming hte warm and surprisingly salty water.

The trip west was smooth, with a night’s stop in Bimini and smooth crossing with 3-4 foot, short period waves typical in the Gulf Stream. Back on the New River I prepared for a trip out to California and Dallas for work and wedding, while Luke settle into Southern Florida life: a balance between minor ship repairs and socalizing.